I see you have an Ad Blocker enabled and I get it, I use them too. I run this site completely on my own and it can be quite time consuming but I feel it is an important resource for the community. There are only a few simple ads on the site that cover the costs of running the site plus a little extra.

I hope you appreciate my work enough to consider adding it to your ad blocker's whitelist.

The Case Against Crit in v1.5

Wondering if Critical Hit attributes are worth the investment? Well I have good news! Total from #theorycrafting channel on The Division on Discord decided to write up a very thorough explanation of why Crit in v1.5 of The Division is nolonger a generally good investment. He was kind enough to allow me to edit and share his work with all of you. Since 1.5 - Survival released on November 22nd, the most common question I see being asked on Tom Clancy’s Division Discord, is how to I find X item. Swap X with Barret’s Bulletproof Vest, Ferro’s Oxygen Mask, Thompson M1928, Tommy Gun, etc. Well, to help the community, this will be an official guide on how to find the new gear.

Earlier today, I, DocHolliday324 completed Survival game mode solo without killing a single NPC with PVP disabled (PVE). I am going to share my strategy for how I accomplished this feat as well as end to end video capturing the entire round.

On Monday, Massive opened the doors for the 1.5 - Survival Public Test Server (PTS). It is available from Uplay or Steam and is completely open to the public for everything except the new game mode, Survival. If you want to access Survival, you need to be a season pass holder.

Inside the Public Test Server: The Unofficial Change Log 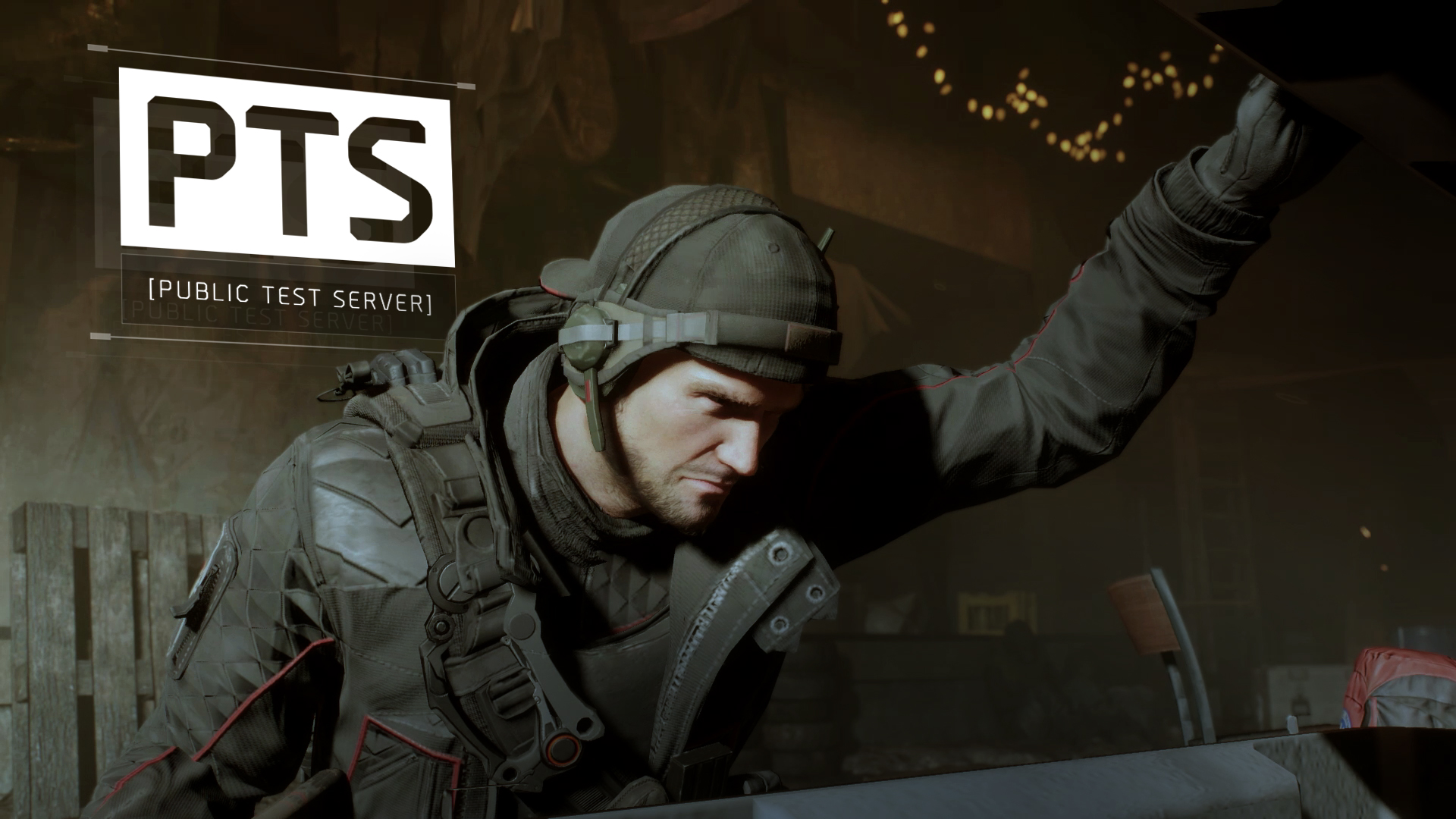 Yesterday Massive Studios held true to their word and made the new public test server available to anyone who signed up for the Elite Task Force opportunity. It will become available to anyone starting Monday. Some quick facts you need to know about the PTS: The PTS is running a release candidate build of the game client and game server, intended to be version 1.4. Since the client files and server files need to be in sync, you have to install a separate installation of the game to access the PTS.

Recently, Francesco of WCCF Tech wrote an article regarding content on this website that hints at what is coming with future updates to the game. The content in question is the Incursion (or strike), Dragon’s Nest and the Dark Zones 07-11. I am writing a follow up article to provide a little more insight into the origin of this data, what we know and what we can assume about TCTD’s next content update.

Today Hamish & his band of Massive men delivered a good bit of information regarding the v1.2 update, Conflict. Which is set to release next Tuesday morning, May 24th. I have collected all of the highlights for you to get you ready for next week.

Today I released an update to our database for missions and NPCs that included both cleanup and enhancements. I also organized all of the submissions to the LootCrate Gaming giveaway and selected winners. Read on to learn about the updates and see the winners.

Version 1.1 of Tom Clancy’s The Division has been released and so far the general consensus is that it was a great improvement. Within an hour or so, there were screenshots of players beating the Incursion on Hard difficulty. Locations of all the new gear set items have been discovered. A new gear set item has been discovered that will come in a later release. Dailies have been fixed. Finally, we will be closing out our giveaway for a Metro and includes The Division with this evening daily reset.

Why no dailies massive?

As most of you have noticed, the most recent daily reset did not bring new daily missions. Many are seeking word from Massive on the issue but no response as of yet. Well, I have some info from the game archives that leads me to think that Massive had intended Incursions to be released last week.

Since the last time I posted about more Dark Zones, Massive held their special report about the Incursions update coming on April 12th. I think we should all be excited about this update (trading, gear sets, new missions and activities, and drones!) and should be thankful to Massive for their hard work. You can view screenshots and information about the new gear sets coming to the game.

Yesterday, I released content from the game archive files covering all the NPCs (including named bosses) and NPC Fireteams. I learned something about daily missions and the reset timer that I feel is important to share with you. Finally, LootCrate’s Gaming Crate is themed Metro this month and includes The Division among the list of games it is promoting. To celebrate this launch, I have decided to give away at least one, read on to learn how to win it.

Should we expect more dark zones in future updates?

While I was working on parsing this data from the game files, I noticed something very interesting with regards to the Dark Zones.

I released an update to the Divsion Field Guide database that added Armor Items & Vanity Items to the database, created links between all items and Crafting Blueprints, and numerous improvements to the user interface of the database.

Which is better for your survival, armor or health?

One of the most common questions when comparing armor items of similar quality, is which is better for protection: armor, stamina or health? Well, I have good news because Division Field Guide is going to help make that decision far less time consuming for you.

I would like to introduce you to Division Field Guide, a community resource for Tom Clancy’s The Division. Our goal is to provide you with the most complete database about missions, items, crafting, and more. Over these final few days before launch, we will be releasing general info about the game as well as the beginnings of our database.